Join The Writer's Block, The Sharpest Place For Creative Entrepreneurs To Get Writing Inspiration.

“Let failure be your teacher, not your undertaker”

When I took my driving theory test for the first time, I missed just by one point & I failed it. I felt like the whole world had come crushing down on me & I was the biggest failure ever known to man because how could I fail a simple theory test! I felt dismal, shameful and wanted the world to just cave in on me…Well a bit exaggerated I know, but that was my reality at the time. I remember my Mum consoling me saying ‘sometimes these things happen so that when you finally get it, you will cherish it all the more’. And boy was she correct!  Fast-forward to Today- each time I drive I am grateful & proud because I know I’m a safe driver who is fully qualified to drive those streets.

Now it may sound extremely petty to you, however this was one of my realities & many experiences of failure. Yours could be: A failed relationship, failed business, failed exam, failed job interview, failed contract, a failed marriage- well the list goes on…sometimes it feels like there’s failure all around! Well I came up with an acronym for you. The word FAIL stands for: Find Another Important Lesson! Yes, there is always something to glean from the experiences of failure.

Here are 3 healthy approaches to help you deal with the experience of failure:

1-Change your interpretation of failure:

Failure is an event, not a person. Disassociate yourself from the experience of failure. You are not your experiences. It failed,….not you. YOU are NOT a failure, so take back your power!

2-Change your perception of Failure:

3-Change your attitude towards Failure:

Fail forward because the more you fail, the more likely you are to succeed as you discover what not to do the next time. Consider Thomas Edison who said, “I have not failed, I have just found 10 000 ways that do not work!” How’s that for a tenacious spirit! Well, the pathway to success is littered with failure & each failure is leading towards success.

So, let failure be your teacher, and not your undertaker. Failure is feedback & feedback is the breakfast of champions!  Be encouraged as you go about living your life, knowing that if you encounter any failure or roadblocks, you are well equipped to overcome and reach your desired goals & destiny.  Have a victorious month!

P.s the content of this newsletter has been adapted from my book ‘Success  Gravity- 7 Keys to unlock your dream Lifestyle’. If you liked it, you can grab your copy here 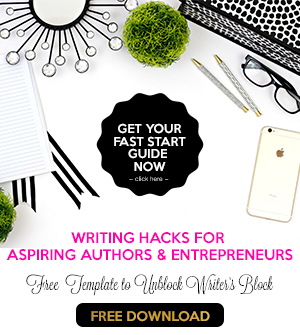 Epi's story was the backbone to this brilliantly written book which has inspired me and helped me define my own core values in life.

Epi Mabika, my Publishing Consultant, without your intervention I would not have managed to complete this book. It’s been a life changing experience for me. You have a great work ethic & your sta(...)

My AHA moment was Time Management. This got me thinking and now I no longer look at time the same - "Anything else can be recycled, not time". Life happens to everyone and at times our mistakes a(...)

Thank you Epi Mabika for empowering us.

My experience, my discovery call, literally that's what it was.In life we all have an experience of looking at a living thing that is struggling for life, at the point of death, it could be a pet(...)

Epi helped guide me with goal setting and consistently keeping focused! As a result I 've accomplished much more than I expected in a matter of months... Yes months!!!

I started re-evaluating the way I do my business deals and my day to day running of my life. Can't wait for more inspiring work from Epi.

I have just had an amazing consultation with Epi Mabika, oh wow. Before I spoke to her I was feeling clueless about how to bring the things I need to do together and soon after we finished it was(...)

I found Success Gravity well structured, honest and stretching. Epi gives practical, realistic and manageable steps to gravitating towards Success. It's a basic force of nature however it's a ver(...)

I was captivated by the first word, and was held captive until the very last. Epi succinctly and energetically defines the keys to a successful, fulfilled, giving-oriented life with refreshing em(...)

Big thanks to Epi Mabika, for excellent, first class publishing consultancy service. You made my load light and bearable by your guidance. My book is an unquestionable evidence of Success Gravity(...)

Epi is an individual pulsating with an ardent desire and will to help others succeed in all spheres and facets of their lives.
Thus, if one desires to spread their wings and soar off into greate(...)

Epi delivers a message of encouragement and motivation. Her ideas stress staying grounded in your principles but encourage achieving a greater success. We are all allowed success and we do deserv(...)

Some time ago I was trying to figure out how to plan a book launch for my book 'The Shells that Shaped my Life'. I spoke to someone who referred me to Epi. People are not always forthcoming with (...)

I found the coaching session with Epi to be eye opening, enlightening and refreshing. She has such a calm and professional manner, and I found it very easy relate to her and decipher exactly what(...)

All I can say is if you have any questions with regards to how to change your perspective on life on success on money on spiritual matters, Epi is the person to book.